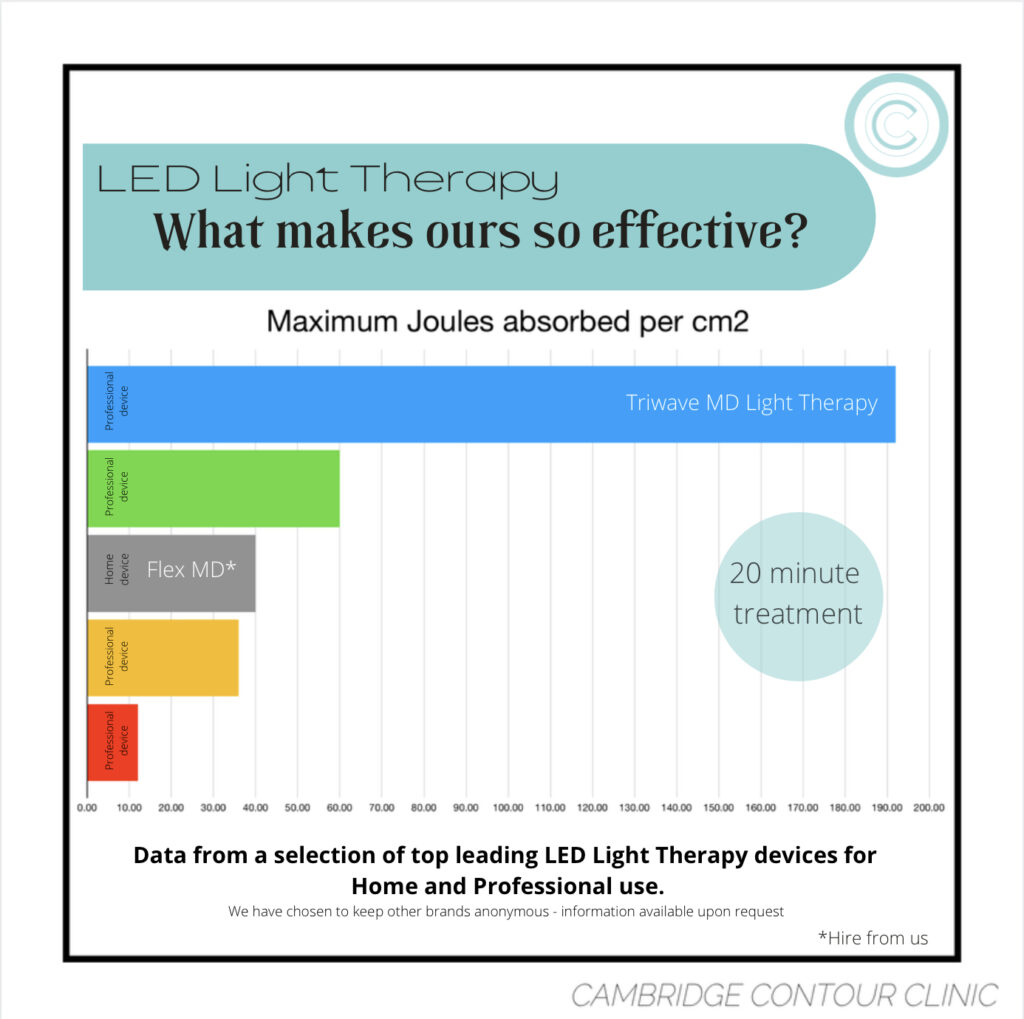 THE MOST POWERFUL LED PHOTOTHERAPY SYSTEM IN WORLD

The Dermalux Tri-Wave MD is a ground-breaking medical device powered by proprietary LED technology for the most advanced phototherapeutic and photodynamic treatments in the global medical aesthetic market. Articulated LED panels are easily adjustable for both focused intensity treatments and larger body areas.

wavelengths at an amplified optical power for effective photobiomodulation of targeted cells with proven results. 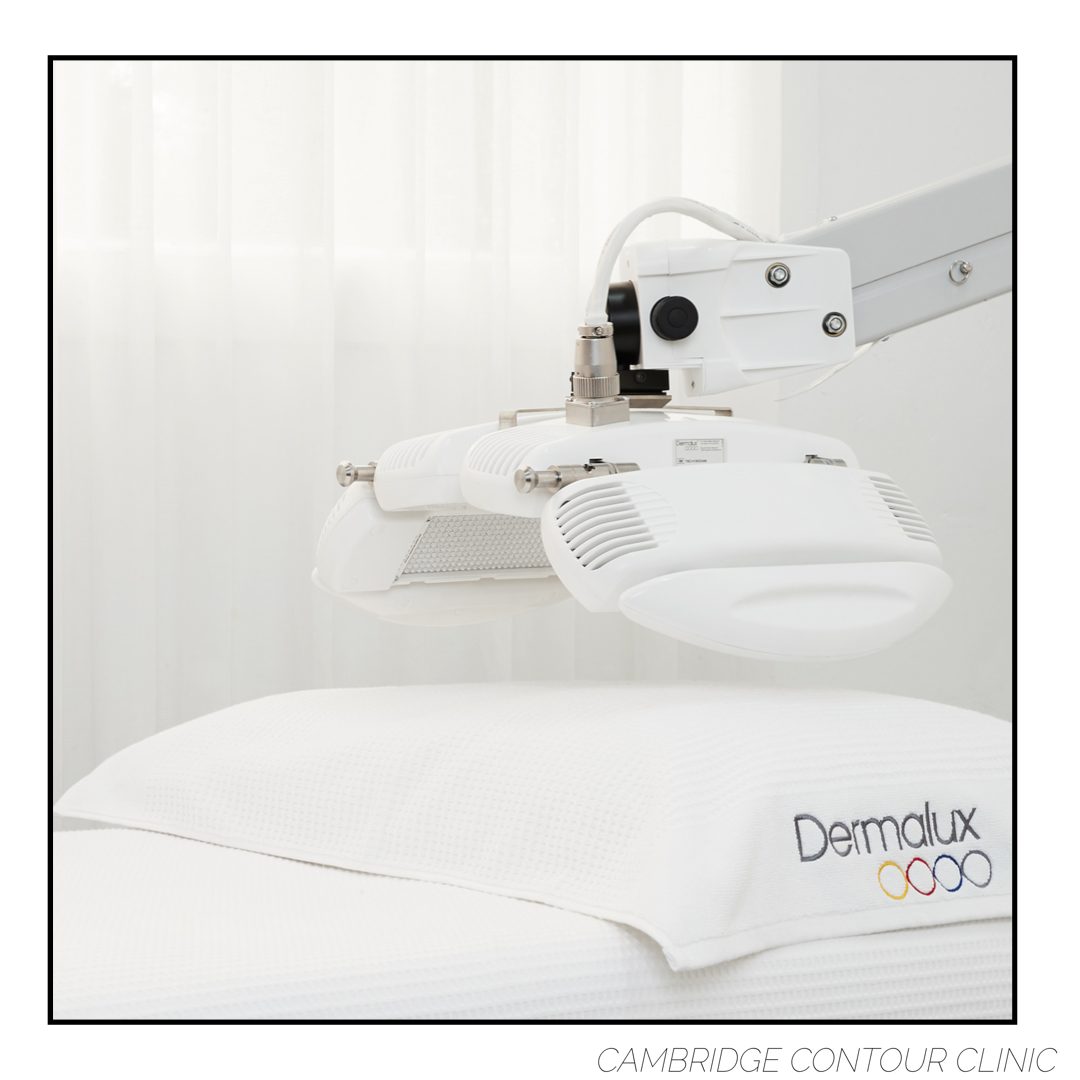 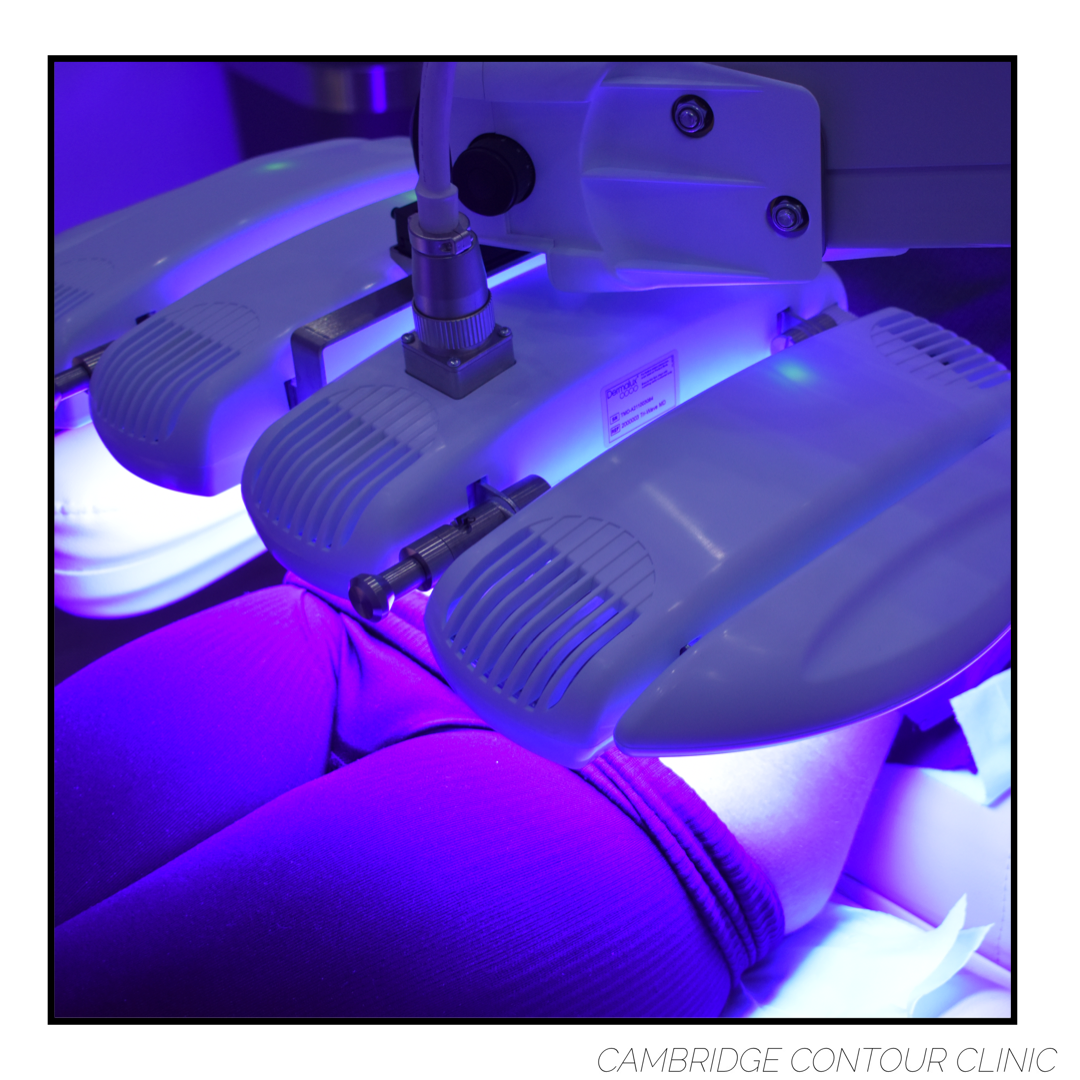 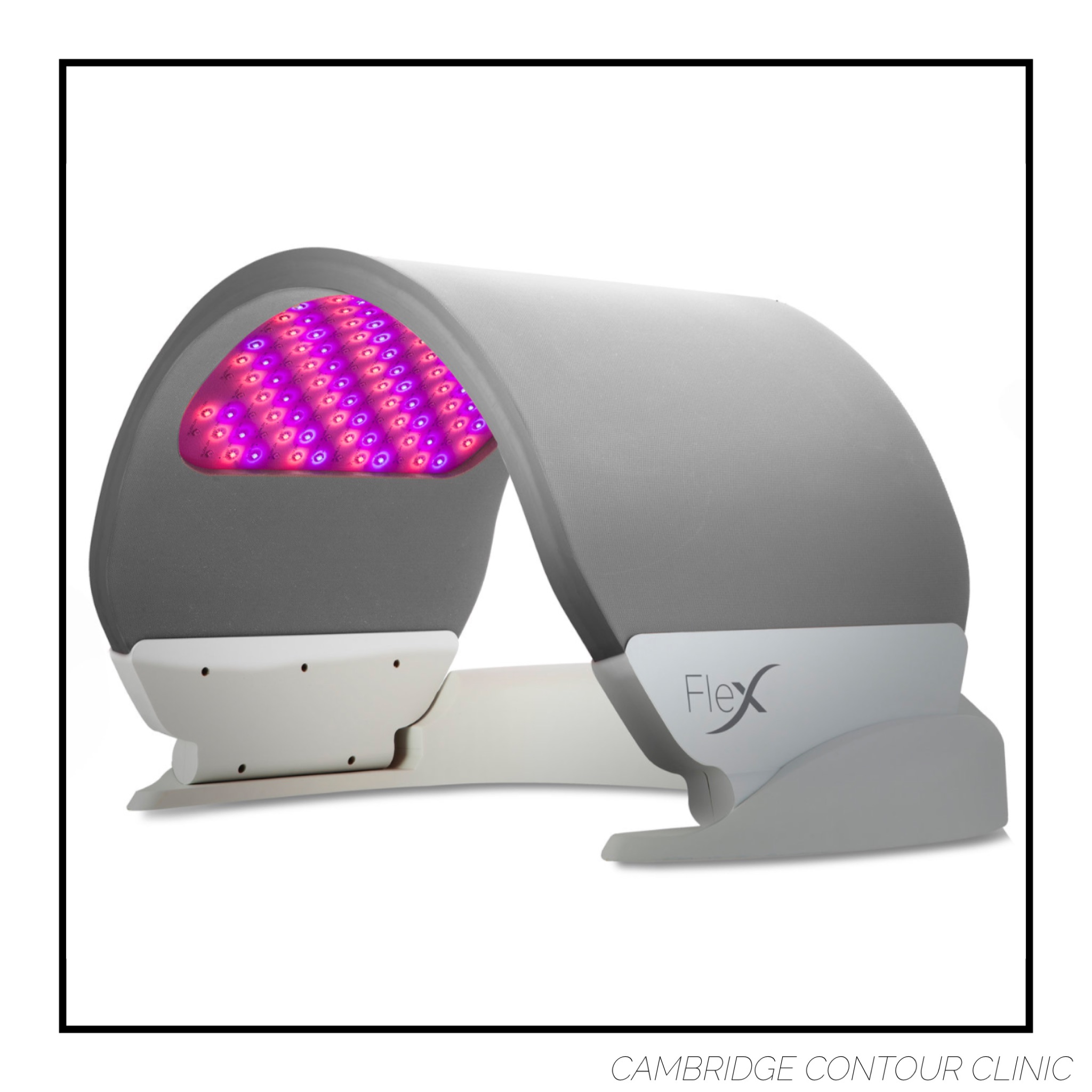 Benifit from daily use

Can be used on multiple areas

Over 200% stronger than other professional market leaders

Benifit from daily use

Can be used on multiple areas

Over 200% stronger than other professional market leaders

LED Phototherapy is based on the principle that living cells are able to absorb and are influenced by light and the treatment has long been recognised for its regenerating and anti-inflammatory properties.

While we often associate light exposure with skin ageing and damage, light also has many positive influences on the body. It helps us produce vitamin D and provides energy and serotonin and can also accelerate our skin’s natural repair processes.

The differences between the positive and negative effects of light are the amount and the parts of the light spectrum we are exposed to. On-going exposure to UV is very damaging but controlled levels of Red, Blue and Near Infrared light are clinically proven to be beneficial.

The treatment involves exposing the skin to low levels of this beneficial light energy from the visible and infrared part of the light spectrum which energise cellular functions to stimulate various cellular processes with therapeutic effects. Skin cells that are energised function better and regenerate faster which in turn leads to younger, healthy and radiant skin.

The effects of LED Phototherapy are a natural response similar to that of plant photo-synthesis through a process known as photobiomodulation.

Achieving results with LED Phototherapy is dependent of a number of key parameters to maximise the light / chromophore interaction that allow photobiomodulation to take place.

The key parameter is the precise wavelength or nanometre (nm) which determines the target for the light and also the depth of penetration into the skin. The second important parameter is the output power or photon intensity.

Each individual wavelength has a specific target chromophore within the skin (such as melanin, haemoglobin, water, cytochrome c oxidase, porphyrins etc.). Shorter wavelengths have more superficial targets and longer wavelengths penetrate to targets at deeper levels in the skin. If the wavelength does not match the target chromophore then there will be no absorption and no reaction and therefore no result. Furthermore if the photon intensity is too low and insufficient energy is applied to reach the target cells, again there will be no result as the minimum threshold has not been met. Not all LED Phototherapy systems are the same!

A thorough consultation is carried out before any treatment here at Cambridge Contour Clinic. It is an opportunity for us to fully discuss your specific skin concerns, run through a health questionnaire to ensure you are suitable for treatment, and answer any questions you may have

This is an essential first stage to any treatment on the skin - a rich, oily cleanser is used first to break down and remove make-up, SPF, grime, and sebum. This is then followed by a deeper water-based cleanser to remove bacteria, sweat and superficial dead skin cells. This ensures we have a clean canvas to gain maximum benefit from anything that the skin is exposed to during your treatment.

This is delivered using our state-of-the-art phototherapy device. It works by activating the skins photoreceptors, allowing skin cells to absorb its energy and begin the process of increasing cell renewal and increasing collagen and elastin production.  It works in the deeper layers of the skin and so is able to aid in the recovery of a vast number of skincare concerns. This treatment is tailored to each individual and their specific concerns

To conclude our treatments here at Cambridge Contour Clinic, we use the very best skincare products to leave your skin fully hydrated and protected for the rest of your day. A high factor SPF is applied after all facial treatments as exposure to UV light can be elevated and more susceptible to sun damage. A broad spectrum SPF is then recommended for use every day for at least a week following any facial treatment.

All our treatments here at Cambridge Contour Clinic conclude with aftercare advice, specific to the treatment received. This will aid you in getting the absolute most out of any treatment given, and allow you to fully reap the benefits in the days/weeks to follow.

Looking for light therapy facials or phototherapy treatments in Cambridge? Cambridge Contour Clinic is a local, professional, independent clinic, that genuinely cares about your well-being.  All our staff are expertly trained and qualified to the highest standards, ensuring you get the service you require and deserve.  Our phototherapy services are available for both men and women and can be used on any part of the body.

Phototherapy is proven to assist with a wide range of skin and health concerns, it is truly remarkable.

Read our phototherapy F.A.Q's page for helpful information on all things phototherapy or read the following articles by other publications: Healthline, Elle, National Center for Biotechnology Information; 1, 2, 3,